Sin is real. It does more in the fabric of our souls than we know. It is a seed of destruction. Many of the behaviors and outcomes we often experience are a result of sin. Our thoughts, our realities, and our decisions are affected by it regardless of one’s awareness of it

Today we read about King Ahab who was one of the Kings of Israel who lived in sin. He had a rebellious heart. He did not honor the ways of God and because of this he and his family ended in destruction. He was not covered in the Armor of Righteousness or garments of protection. He wore disguised armor thinking he could hide from his sinful ways.

To be clothed in righteousness is not to deny the realities of sin and walk in our own strength, but to realize that sin has made its mark upon us and we are in need of a greater righteousness. The prophet Isaiah understood this when he prophesied about Jesus being our righteousness and our salvation.

King Ahab attempted to disguise himself and wear armor that did not protect him. Sin will cause us to think we can do things on our own, but we need better armor. We need the Armor of Righteousness that only comes through the power of Jesus Christ. The Apostle Paul understood this when he urged his followers to wear the Breastplate of Righteousness and the Helmet of Salvation.

When we live for God and trust His ways we are living in the righteousness of Jesus. The power of Christ lives in us and can guard us from the powers of evil, darkness, and sin. It doesn’t make us perfect, but it makes us real, honest, and true. It keeps us alive!

“So King Ahab of Israel and King Jehoshaphat of Judah led their armies against Ramoth-gilead. The king of Israel said to Jehoshaphat, “As we go into battle, I will disguise myself so no one will recognize me, but you wear your royal robes.” So the king of Israel disguised himself, and they went into battle. Meanwhile, the king of Aram had issued these orders to his thirty-two chariot commanders: “Attack only the king of Israel. Don’t bother with anyone else!” So when the Aramean chariot commanders saw Jehoshaphat in his royal robes, they went after him. “There is the king of Israel!” they shouted. But when Jehoshaphat called out, the chariot commanders realized he was not the king of Israel, and they stopped chasing him. An Aramean soldier, however, randomly shot an arrow at the Israelite troops and hit the king of Israel between the joints of his armor. “Turn the horses and get me out of here!” Ahab groaned to the driver of his chariot. “I’m badly wounded!” The battle raged all that day, and the king remained propped up in his chariot facing the Arameans. The blood from his wound ran down to the floor of his chariot, and as evening arrived he died. Just as the sun was setting, the cry ran through his troops: “We’re done for! Run for your lives!” So the king died, and his body was taken to Samaria and buried there.”
‭‭1 Kings‬ ‭22‬:‭29‬-‭37‬ ‭NLT‬‬
https://bible.com/bible/116/1ki.22.29-37.NLT 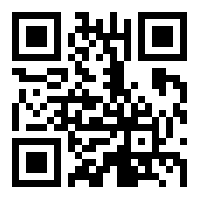